Congleton Partnership is involved in projects designed to improve several public areas in and around Congleton. Featured below are current projects under-way and projects in the pipeline!

Local groups and organisations have until the 30th November 2018 to apply for the second round of grants from the Margaret Williamson Trust. Funds generated from the capital in the Memorial fund means that up to £5000 is available to release in grants. The application is via an application form downloadable HERE.  More information can be seen in the press release issued on the 1st October 2018. READ MORE. 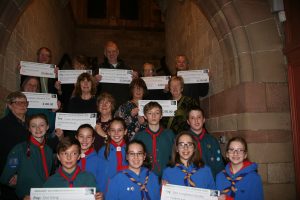 Donate to the fund.

Anyone wishing to donate to the fund please download and complete the form with your details.

The Partnership is currently chairing a cross organisations committee working on building a lasting memorial in memory of one of the towns most loved and respected residents Margaret Williamson. Many organisations and residents will have the opportunity to have input into the 4 elements making up the project, these are:-

Community Trust Fund. Currently the fund stands at £70,100. A grants panel has been set up, first grants to be awarded spring 2017.  Meeting spring 2017 re first stream of funding awards.

Community Book.  The book is being edited by Jean Phillips, it will be 50% Articles and 50% photographs. The sections have been worked on by a broad team of people and a target for publication of Nov 2016 has been set.

Naming of a Town Centre Site. Various sites have been suggested, currently the preferred site would be the new Festival Sq (Public realm Strategy) but final decision will be made once this has been completed. Unveiling took place on 18th November.

Subgroups have been set up to work on these 4 elements, and an article will appear in The Chronicle (w/c 26.10.15) to keep the residents informed of what is being done and to request their input. The family are being kept informed of progress and are very happy with what is being done. This does not in any way preclude various organisations doing things in Margaret’s name ( ie The Choral Society performing or naming a piece of music for example) but was seen as a way of harnessing / bringing some order to what was an outpouring of suggestions shortly after Margaret’s death. We will play our part in making sure her memory lives on. 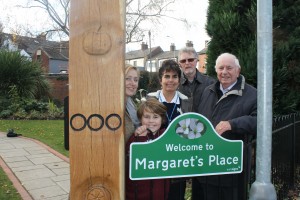 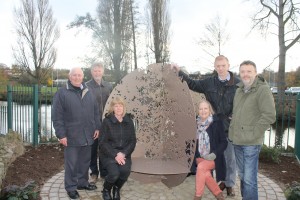 Aim:- To renovate and realign Congleton’s cenotaph and to connect the Cenotaph and Memorial Garden with the adjoining Community Gardens to create an improved community space and access for all.

Since HLF rejected our grant application we have had to reassess the project. The Cenotaph will remain on its current site but receive a makeover that will improve access for all, give us the opportunity to add the 250+ missing names with additional room for more additions in the future.  J.Carter is working on both a design and a visual aid to support the public consultation which will need to be carried out. The overall cost is coming in at around £200K.

Awaiting CEBC ( Ian McLauchlan) carrying out renovation of the wall and tree work that impacts the wall. I.McLauchlan looking to build the wall renovation and tree work into his 2017 work schedule. Once this work has been completed then the search for funding will begin.

Aim: To get 2 of the 12 projects around the Public Realm Strategy completed. The first 2 projects would be as listed in the strategy, Festival Square (RBS/B&M area) and The Pedestrian Area (Bridge St/Duke St)

Situation to-date. Cost £1.1M. Discussion has been held with CEBC around funding support from both S106 and CILS. Funding application was made to HLF but to no avail. Need to discuss with F.Bruce MP as to if we could access any European Funding.

CEBC have made a contribution of £1m towards this project and their Highways team will manage the project along with Congleton Town Council to deliver projects 1&2 as indicated above. A high level plan and costings is being drawn up, a small working party is being pulled together with a view to public involvement /awareness programme being developed. Work is likely to start Autumn 2015 after town centre gas work had been completed.

To improve visitor experience by providing information and siting of the town’s main attractions. All major car parks within the town centre. This could be tied in with the next project Walks & trails using double sided display units.

We are working with Silver Maze to develop some display maps identifying key areas, roads, attractions and services for Congleton. There are a number of sites being discussed including Fairground Carpark or the bus station, West Street Car Park, Antrobus Street Car Park, Back Park Street Car Park, Railway Station, incorporated into pedestrian area (new Public Realm). Once the map is produced other uses and areas will no doubt follow.

We are working with Silver Maze to develop some display maps identifying key areas, roads, attractions and services for Congleton. There are a number of sites being discussed including Fairground Carpark or the bus station, West Street Car Park, Antrobus Street Car Park, Back Park Street Car Park, Railway Station, incorporated into pedestrian area (new Public Realm). Once the map is produced other uses and areas will no doubt follow.

Maps now sited in Antrobus St, West St, Back St and The fairground car parks. Just waiting for the bus station/ shelters to be completed. 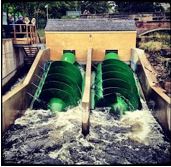 CSG Project to create a community energy project based at Havannah Village Weir.

CSG Project to create a community energy project based at Havannah Village Weir.

Feasibility study indicates that a project around this scheme could be viable. Eaton Bank School and Siemens  have indicated their support of exploring this idea. PA and team now moving this on in terms of developing a viable project (July 2016)

To promote Congleton’s rich heritage and encourage visitor number growth not only by local people but getting the word out nationally. Town centres need to evolve into social destinations this project should play an important part in helping Congleton make that step change.

Early stages, a small project team (Partnership / Museum) is working on a list of prospective sites. Will look at various elements, Maps, Leaflets, Apps and linkage to Websites. Possibly look to site an Heritage Map back to back with the Town Centre signage. Small budget has been agreed but will need to be assessed as the project develops.

Tim McCloud (TMC) presented initial ideas to Partnership Executive June 2016, will work on a scooping exercise to identify what can be done, how to define success etc. Present interim feedback to P&F Committee 26th July, final report to AGM Sept/Oct. Budget allocated to this initial project £2500.

Scoping results presented back to The Partnership 18.10.16. , opened up so exciting areas. TMC to carry out further work on the project themselves, will keep The Partnership updated on development.

Further report to Partnership June 2017, sub group to be set up, discuss at P&F 17th July.

A project to remove the railings and create a central green boulevard.

BE/DMcG to discuss with Cllr D Brown (CEBC Deputy Leader) the concept of a trial area between the 2 Bears Roundabout and Market St traffic lights. Possible use tubs / containers to green the area and reduce the impact of iron railings.

Met with S.Davies and S.Barker 9.3.16 to discuss ideas and highway considerations. Completed a site visit.

CEBC to look at improving condition and siting of the signage around the pilot area. 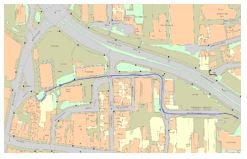 To further build on the recent ‘Every Step Counts’ initiative, to encourage healthy living and provided another reason for people to visit the town. Create a number of themed walks and cycle routes possibly linking the 5 towns of Congleton, Alsager, Middlewich, Sandbach and Holmes Chapel.

Preliminary work carried out with Silver Maze. Trying to incorporate the cycle maps (updated) with a walking map which visits all of the major play areas. This could be produced in leaflet form and sited  as a trial on the new Town Centre signage and available in the TIC. Contact has been made with CEBC’s Rights of Way team for advice on new directional street signage to advertise these major play areas.

MS has contacted CEBC (G Butler) re some signage for major play areas. Genni is progressing this.  MS contacted G.Broughton re out of date welcome signage at some of the play areas (still old CBC boards/bylaws) George progressing this through E.Webster. GB has now agreed sites for new play area signs (23 in total) which will direct residents to our 5 biggest sites (Lowe Heath/Marshall Gv/Quinta/St John’s Rd/Bromley Farm/Congleton Park) Could link in nicely with the new Footpaths to Fitness campaign. Signage signed off, now 25 signs to be sited in next few weeks. After that may look to do some form of a leaflet/map to encourage usage. 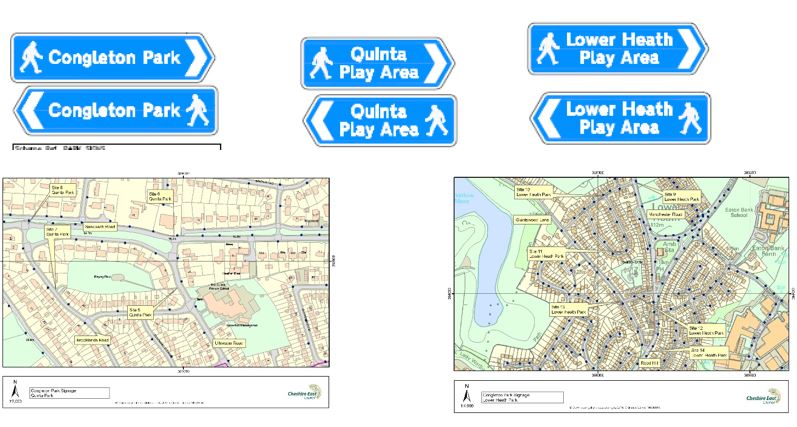 Joint working with CEBC ( M.Hodginson) on redevelopment of both Townsend Rd and West St play areas, may widen the usage scope.  (S106 monies)

Development of the Old Saw Mill Project at Back River St.

Change of use planning application accepted.V arious pieces of work are being carried out in terms of decorating, electrics, flooring, gardening etc.
Discussions have been held with a range of organisations, clubs, service providers for future usage of the facility. This could make a very effective community hub in the centre of Congleton.
Congleton Community Cooperative now has an accredited Logo (thanks to Phil Worthington, Congleton High school)
S.Halliday sends out a weekly All Points Bulletin (MS will circulate to the Executive) updating development, plans and equipment/material requirements.

Community room getting a wide range of bookings to the year end. Xmas day meal for   residents being planned.

Project will continue to develop / expand as time goes on. See weekly e.mill for continued updates.

Sub group formed and will start work on the event after Easter 2017.

ITea & Chat. 12 sessions being arranged for Autumn 2017, at various locations across town.

Try and tie in with Leisure Centre development.

New Community Orchard. PP/MA have come across a site near the water tower in Mossley which could be ideal for a second community orchard. Need to talk to both land owners and consult with local residents re need and maintenance. PP to meet with Mossley residents to assess need / desire for an In Bloom project/ In your neighbourhood team.

The Partnership has an Executive and a number of Sub Groups (Projects & Finance, CSG, Senior & Youth Forums and Congleton Creative Arts Group)