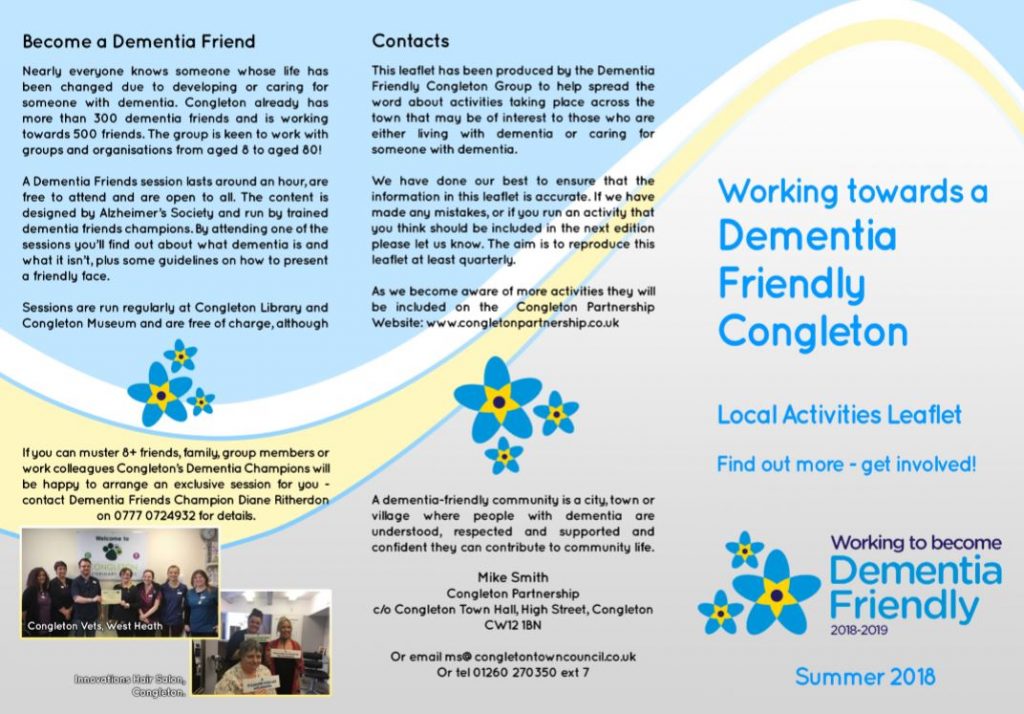 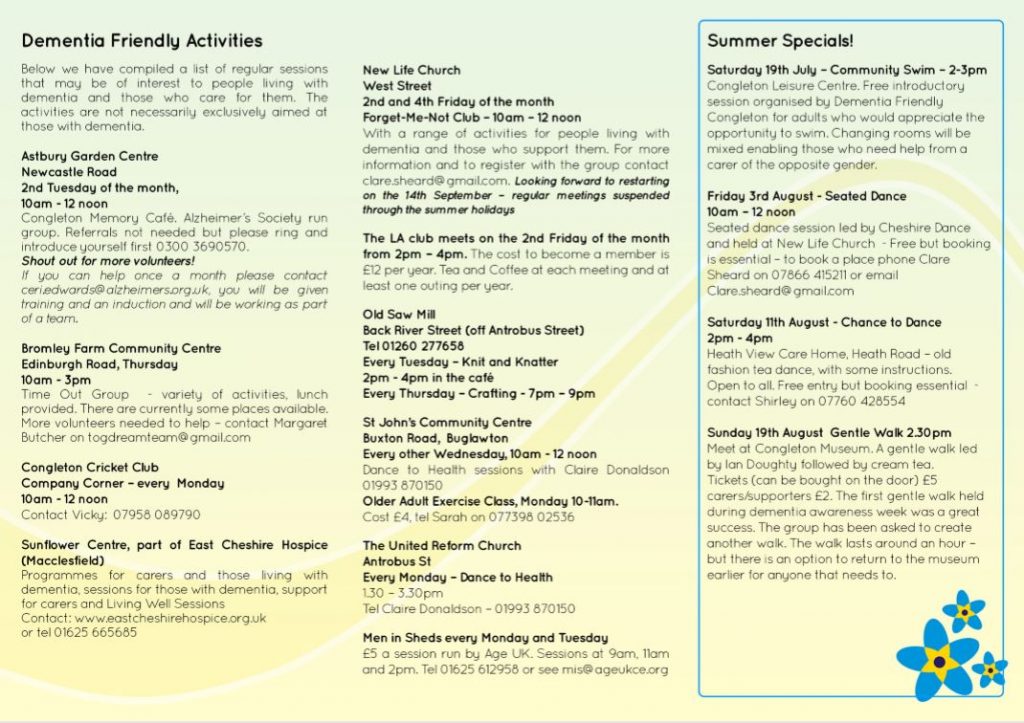 Barry’s paper was circulated to the group.

Barry felt that the main way plastics could be getting into the ocean from UK is by using the wrong recycling bin.

Garden plant pots (black) appear to be a real issue.

ANSA visit is being planned by D.McGifford PA, BF and MG will go on this. BF to put some questions to ANSA prior to the visit.

A paper to be written after the visit with a full report back to CSG.

Apple Juice and Cider
AJ stocks are very low, will continue selling through summer.
DJ drawing up a plan for a production schedule from early September.
Café
Now meeting its weekly targets.
General
GDPR action now completed.
Michelle is coordinating a membership/renewal drive
Newsletter will be out this week.
GRIPP is about 60% complete for being recognised as a Connected Communities Centre.

Green space / In Bloom – P.Pinto.
In Bloom
NWIB judging day 24th July, OSM included in IYN.
BIB national judging 2nd August.
OSM as IYN this year making 9 IYN in Congleton.
We will need to make further efforts around town on route before 24 July (nwib) and 2 Aug (BIB judges).
Too hot! And too dry!!

Next Meeting:- Note there is no CSG Meeting in August.
Mon 3rd September (Astbury Mere) PA confirm with Matt Axford. 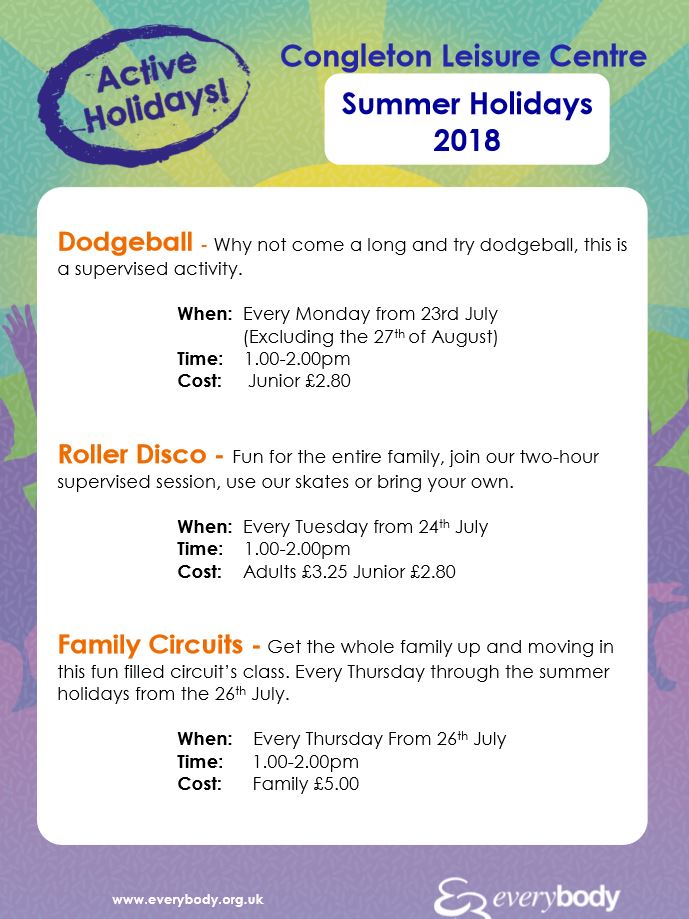 New May Dementia Friendly Congleton leaflet produced and circulated at the previous meeting.

Film at Heathview end of July

Sue Munro to try and advertise on Social Media

Elizabeth Stubbs promised to do a survey round her clients to find out their needs and activity requirement. She will report back to Mike.

Diane to check with Communicare drivers to see who their main contact is.

Jess advised us of a dementia friendly communities workshop being held in Crewe at the end of June and of a planned Cheshire and Merseyside networking event at the end of August. This will be held in Warrington, if anyone wishes to go please let Jess know either directly or through MS

Congleton Museum trustees met Andy Kehoe and Lee Beckett of Cheshire East Council to find out why the application for Bradshaw House had been unsuccessful.

Mr. Kehoe said that CEC was very concerned about the future of Bradshaw House because the council is responsible for its care as a listed building.

The reasons he gave for Congleton Museum’s rejection were, in summary:

Trustees expressed their disappointment at the decision and challenged the reasons given.  They considered none of these points valid and pointed out:

The situation now is quite different.  The property is offered on a lease, the overall project is much smaller and informal discussions between the museum and HLF have been positive.

The museum has been trying for five years to find a way to take over Bradshaw House.  In that time the building has not been maintained and has remained empty.   It does not appear that time has been of the essence until now.

CEC shows minimal support for the museum.  It provides a small grant of just over £5000 a year – a fraction of the support received by the other museums in the area.

The museum was set up from scratch by a team of volunteers and has been run successfully as a charitable trust for 16 years.  The trustees have varied backgrounds and areas of expertise and understand the risks involved.  They have a realistic view of what can be achieved and have no intention of allowing the museum to “break”.  The amount of risk the board is willing to accept is up to its members.

The benefits of allowing Congleton Museum to occupy Bradshaw House remain high, both for the museum and for Congleton, its people and its councils:

Our local communities are strong and supportive

Cheshire East has a strong and resilient economy

Cheshire East is a green and sustainable place

People live well and for longer

The trustees will be asking Cheshire East Council to reconsider its decision and asking the people of Congleton to support an expanded museum.

The trustees are grateful for the support of Congleton’s MP, Fiona Bruce, who made the following statement:

“The development of Congleton Museum moving to Bradshaw House has the potential to provide a much enhanced cultural destination over and above the museum’s current location for the local population and visitors to enjoy. This move would also enhance the opportunities for other visitor attractions in the town to increase their footfall. For these reasons I fully support the museum’s proposal.

Congleton Museum has a really interesting story to tell about the town’s history and Bradshaw House would provide the museum with the location to present not only this but also exhibits from the whole of Cheshire and from national collections.

It would be a wonderful and much needed location for educational visits, family groups and for residents who feel proud of this town, as I do, in an appropriate setting for showcasing the town of Congleton.

I will be writing to the Leader of Cheshire East to look again at the business case presented to them by the museum and also, on behalf of Congleton, asking Cheshire East to support the museum’s bid for Heritage Lottery Funding for the development of Bradshaw House.”

We are now at the delivery stage of the PB grant award project. 3 of the 7 elements have been delivered, with a 4th (40 things to do in Congleton) booklet being completed by J.Money once Food & Drink Fest is out of the way.

Good feedback on some of the sessions.

New cycle map- has been produced in partnership with Cycling Group, Sustrans and Local Authorities (Congleton / Staffs) to support the route along Biddulph Valley Way from Congleton to SOT.

Hydro Scheme – CEBC Planning Dept have raised several issues around the planning application. CSG have temporary withdrawn the application for further surveys to be carried out.

Fracking – New planning conditions being brought in to side step local government and allow easier granting of permission nationally. CSG to meet with F.Bruce MP to raise our concerns.

Plastics – CSG are trying to get a view together on what can be done to tackle the issue. CEB new document has been circulated and in planned to go to all homes in the near future.

PP commented that schools should pick this up through their Marine Project https://www.eco-schools.org.uk/topics/marine/ 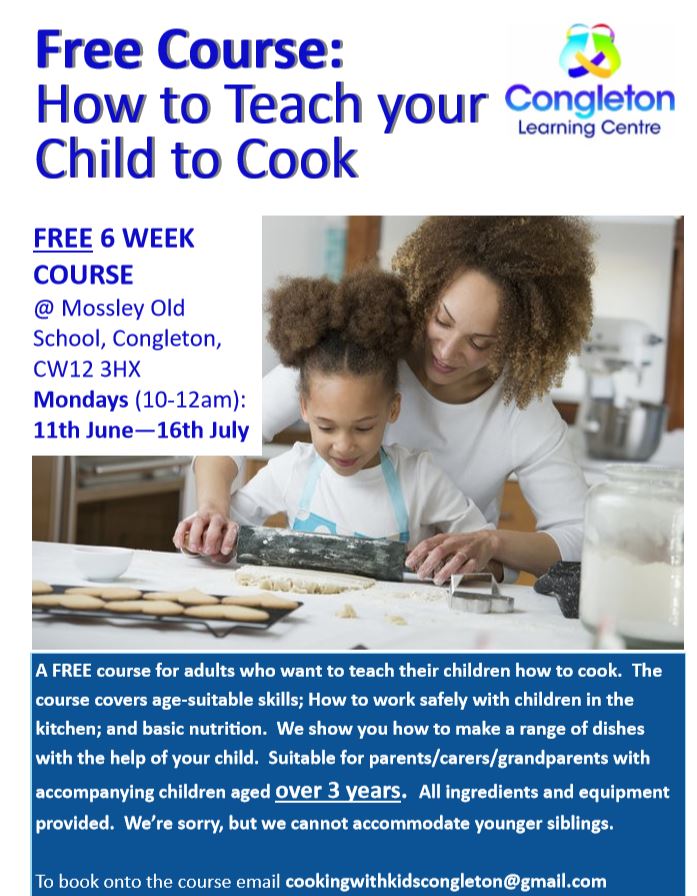 MS to recirculate Ruth (Wilmslow) 20 things we can do list. Would all please review the list and feedback ideas to MS for collation and then discussion at the next meeting.

In Bloom looking to be more upfront about the issue.

Need to get an article together for The Chronicle after the next meeting to start to raise Congleton’s awareness of this issue. Whilst what we do will be a drop in the ocean, doing nothing was not an option.

Long term this an issue we can work with our MP on.

Dane Valley Community Energy.
Planning application in 18/0773M
Lots of questions being asked by planners that will all need addressing before planning permission can be granted, site meeting this week.
Access to the site to get equipment down to the build is currently the biggest problem. We have 3 options that are being explored.

Neighbourhood Plan.
Plan has now ready to go CEBC for Reg 15.
Once the inspector/examiner has studied it any queries/ questions will come back to our team for action.
Looking at an autumn/September public referendum. It is felt that The partnership may have a role to play here in lifting both public awareness and participation.
DJ made a point that he is no longer involved in the River Valley Project, but that this should be part of the overall delivery plan once the NHP has been formalised.
Next Meeting:-
Mon 4th June 2018 , The Old Saw Mill ,10.00am

SJ to get hold of a pack to share with us. MS circulate.

SJ advised that the Cheshire East Carers Hub launched on 1st April, she will send information to MS for circulation. No change to our local personnel.

Need to look at a way of following up with businesses that has had some representation a recent DF awareness sessions and discuss what they can do to start to improve their environment for people living with dementia.

Need a physical visit to these stores, may be something to be carried out during DA week.

S.Jacklin to discuss with P.Houldsworth (St John’s Community centre) MS to talk to Alison Parr at Ruby’s Fund to see if they would be interested in holding a session.

SM to look at increasing the use of social media, look at getting on Congleton Chats back.

Mountview. Consultation going on until end of June. Interviewing people individually. 2 more sessions being held in Macclesfield and Crewe.

Congleton Town Council are having discussions with CEBC about the situation.

Thanks for the Memory Event 13th May. Poster to be circulated.

Pop Up banners. We have a supply, let MS know if you need one, example of one to be circulated.